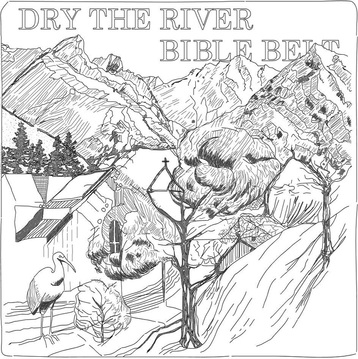 I did this cd cover for a band named, 'Dry the River.' They were just starting out and were not able to pay much, so I did it for free. Dry the River has gone on to be 'bigger' and has made several more cds, which are nice. In addition, they have been on National Public  Radio. If you do a search on NPR website (at NPR.org) you can see them.
This one, "Bible Belt," the main song of which they have included on a subsequent album, was self published and had about five songs. It is not on their website, now and I don't have a copy! Nor do I have the e-mails Peter Liddle and I sent back and forth - so I have nothing - no proof or record. I am just someone claiming to have done a cover for them!!! But who cares? It was great fun, and I am glad to have been a (small) part of their  progress.
UPDATE:
OK, so another band, from Germany, 'The Aesthetic Voyager', contacted me and asked if they could use a painting - no connection to the previous band. Again, they are just starting out, and couldn't pay much, so i let them use it for free. I was glad to do it - helping out young people. Besides, their music is wonderful. They gave me copies of the CD, and every one I share it with are just amazed.
Here is their CD cover. 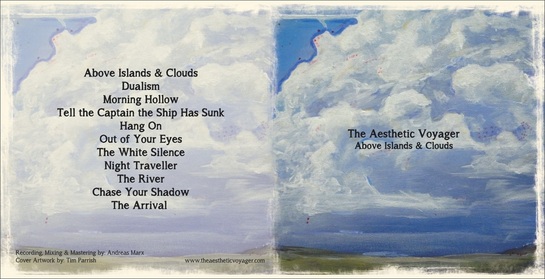